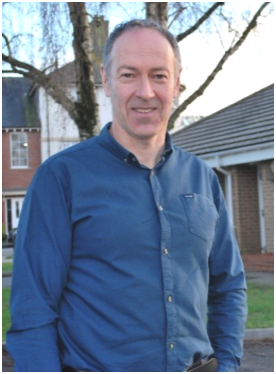 Local campaigner Nick Ireland has been selected as the prospective parliamentary candidate for the Liberal Democrats in South Dorset.
Nick was selected on the 7th September following meetings of local members of the Liberal Democrats in Swanage and Weymouth.
At the meetings he told members that South Dorset needs a member of parliament who cares about local issues and local people.  "Parents should have a choice" he said "over which school their children can attend.  In too many areas now, there are only academy run schools in the neighborhood.  Local management of a school is not an available option for most parents. Academies expel pupils too readily to massage their performance figures."
" We have insufficient numbers of police, drug problems which need managing and poor care for the elderly which the government turns a blind eye to."  He added that there are eight members of parliament for Dorset all of whom are Tory and don't challenge the government over insufficient funding for essential local services.  "Is it a coincidence that an octopus has eight limbs and it too is spineless?"  he added.
Nick Ireland lives in Osmington and is chairman of Osmington Parish Council.  He represents Crossways on Dorset Council where he is leader of the Liberal Democrat group of 29 councillors.