A LibDem Government would spend £100bn tackling the Climate Emergency 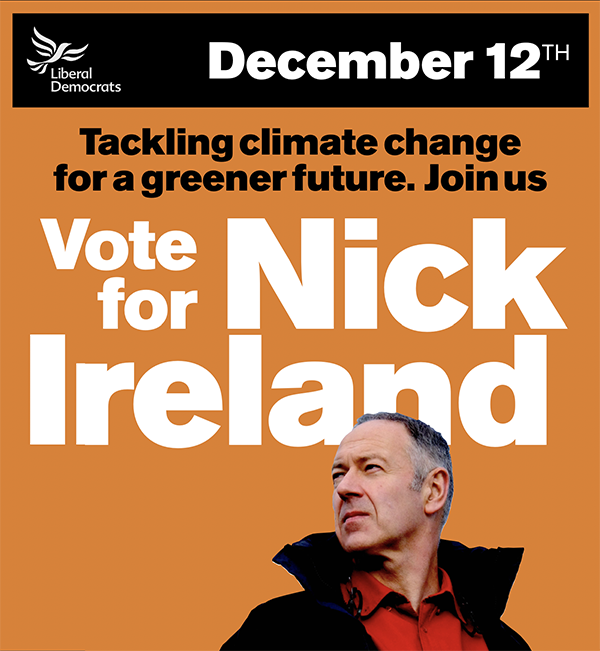 Nick Ireland is you Liberal Democrat Candidate for South Dorset.  He is the leader of our 29 Dorset Coucillors

He proposed that Dorset Council declare a climate emergency, which was adopted.  He cares passionately about Green issues and works hard for the community.

'Climate change is already having an impact on our coastal communities and we need to act immediately to reduce its effect for our children and our grand-children.

The Liberal Democrats have a proud record of taking action both locally and nationally and our commitment to achieving carbon net zero as soon as realistically possible is evident in our plans.'  Nick Ireland

WHAT THE LIBERAL DEMOCRATS WILL DO TO TACKLE THE CLIMATE EMERGENCY

What has Richard Drax, the Conservative candidate, done to tackle the Climate Emergency?  His voting record makes grim reading on climate issues:  he has generally voted against measures to prevent climate change.

The Green Party’s proposal to borrow £90 bn a year for 10 years would cripple our economy and burden our children’s generation with staggering levels of national debt.