Nick Ireland is an experienced local councillor and the Leader of the Opposition on the Dorset Council.

Nick proposed that Dorset Council declare a climate change emergency and is active on Green issues.

Vote for Nick Ireland to:

The Liberal Democrats are standing on a platform of open, progressive, international radical reform. 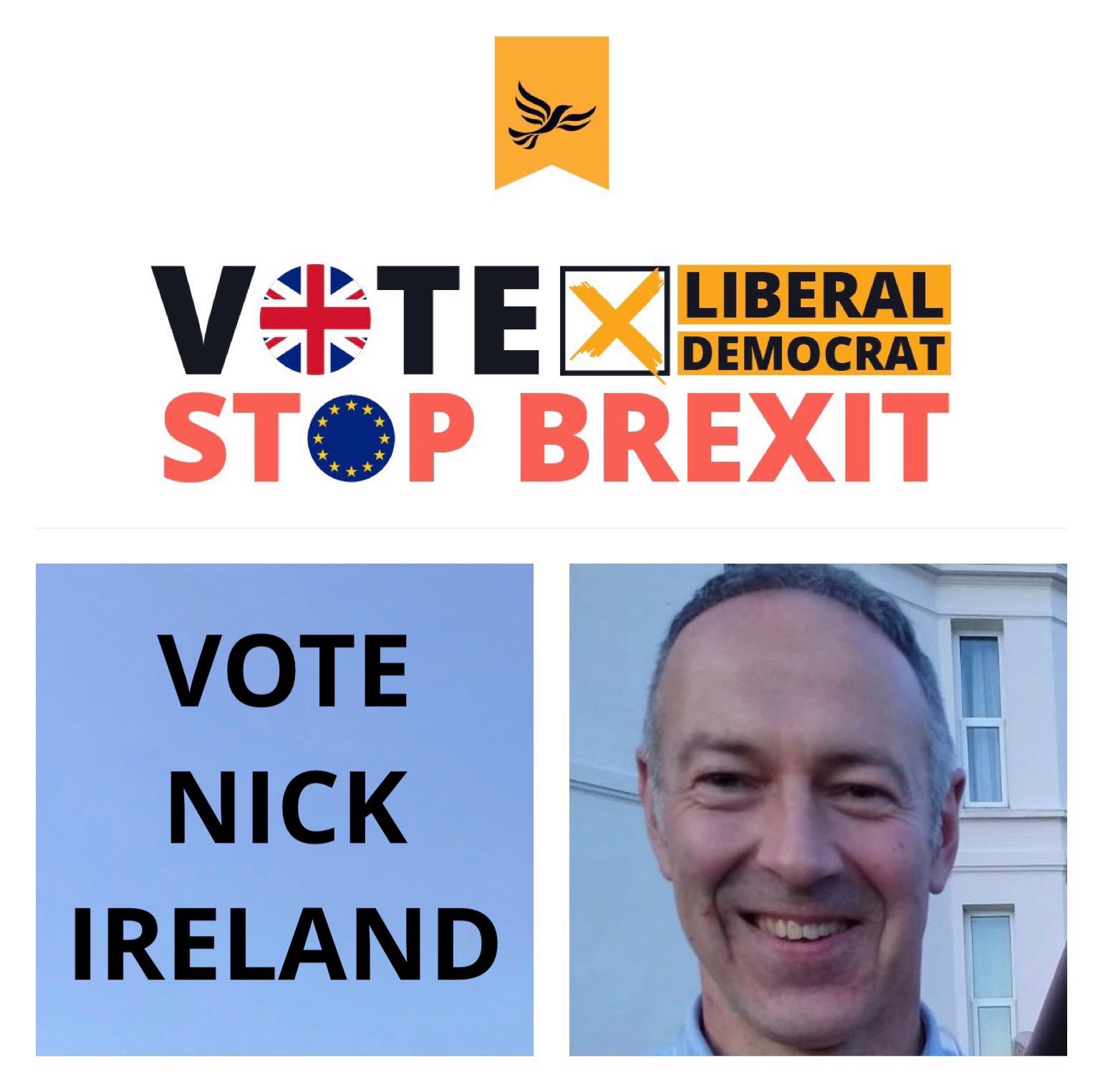 Nick Ireland lives in the constituency and has brought up his family in South Dorset.