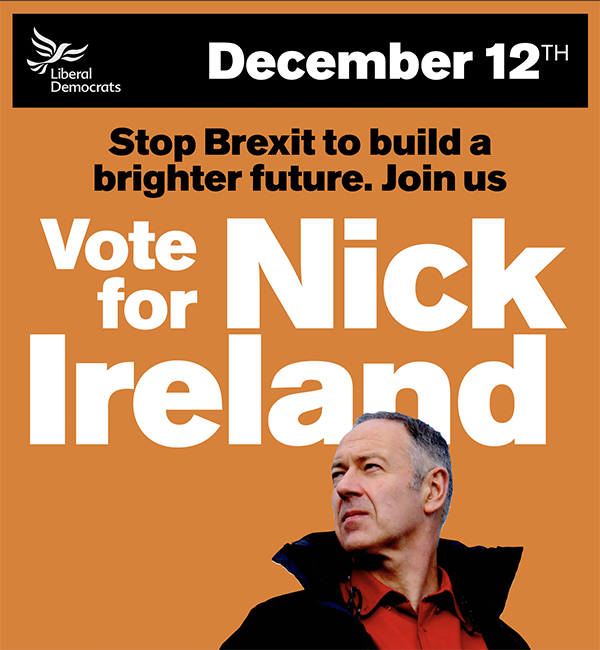 “If Boris Johnson wins a majority on Thursday, his disastrous hard Brexit will suck even more money out of our economy and our public services. Only the Liberal Democrats can win seats from the Tories and deny Boris a majority.

“That’s why every vote for the Liberal Democrats is a vote to stop Boris, stop Brexit and invest the £50 billion Remain Bonus from higher economic growth to build a brighter future.”